Refurbish company is a kind of recycling company in the United States. Its business mainly includes the return processing of electronic products from retail stores, such as the repair of TV sets and various electronic displays. So why do such refurbish companies carry out foam recycling? 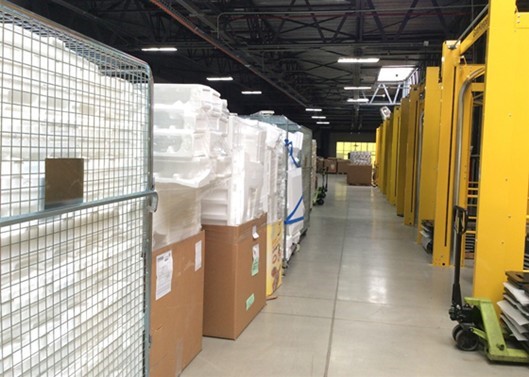 As for return and repair, the refurbish company will unpack the electronic products after receiving them. Good products will be directly repackaged, and the defective products will be repaired and replaced with new packaging. As a result, a lot of foam packaging waste will be generated after unpacking.

A large amount of foam waste accumulates and occupies a large space. Due to the large volume, it costs too much on the transportation to landfill. Additionally, the landfill will directly lead to groundwater pollution and destruction to the soil structure. Therefore, scientific foam recycling is the best way. 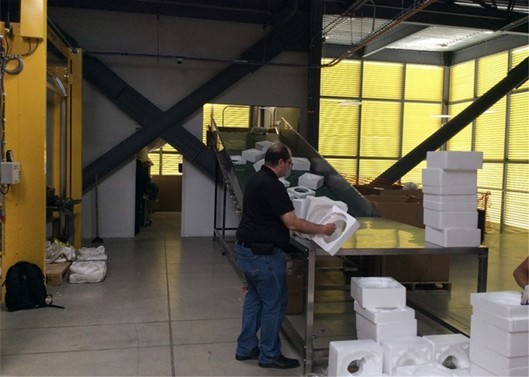 In the west coast of the United States, there is a SOHNEN refurbish company, one of the largest and most advanced electronic product refurbish companies in the world. They serve the entire refurbish business of Walmart, Costco and other American retail stores.
Facts have proved that using a professional foam recycling machine is a most scientific and effective choice. After the foam is compressed by the recycling machine, it is neatly placed in the warehouse, and there are long-term stable customers who buy these foam ingots at high prices. 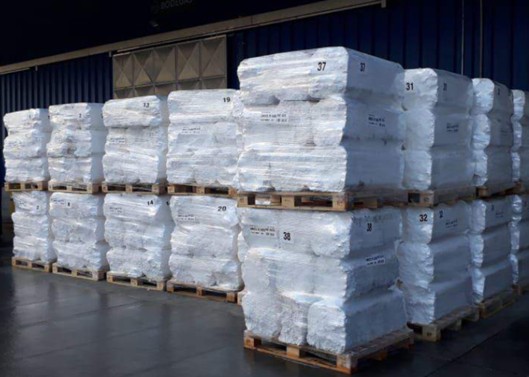 Another similar case is GO TRG refurbish company, which was established in Toronto, Canada and has 4 four branches in the United States. In addition to Walmart, it also serves Lowes, Apple, Bestbuy and other companies. The amount of foam waste generated by GO TRG after unpacking is about 6000kg-7500kg a month.
It also uses a foam densifier for foam recycling. GO TRG has established its own warehouse near Walmart to facilitate the processing of various returns and repairs, as well as provide a place for foam recycling action.